It is only the interbank Forex market that operates 24/7. Trading in the Forex market begins at 9.00 PM GMT on Sunday and closes at 8.00 PM GMT on Friday. Note that the open and close of all market hours adjust forward during summer by 1 hour.

Since the market is open during the business week for retail traders, the market hours refer to when the regular business hours start and end across all significant global commercial hubs. In these cities, the banking hours typically run from 8.00 AM to 4.00 PM local time.

It can obviously, be tiresome for an individual forex trader to trade continuously for 24 hours a day all week.

This article will discuss the various Forex market hours and the implications of these market hours for a forex trader. Note that the market hours can also be referred to as Forex trading sessions.

According to the Bank for International Settlements, trading during the Sydney session has the least traded volumes.

However, when the markets open on Sunday, the Sydney session experience relatively higher trading volumes. It is because most forex market traders are flooding back into the market to check on trades pending from the Friday close or to make new deals for the coming trading week.

During this trading session, the best currency pairs to trade are the forex majors paired with the AUD since they are the most liquid pairs.

These pairs include AUD/USD, AUD/JPY, and EUR/AUD. The performance of the Australian stock market moves in tandem with the strength of the AUD.

The Tokyo session start when the banking hours begin in Japan. This period is between 11.00 PM GMT and closes at 7.00 AM GMT.

The Tokyo trading session encompasses the most of the market hours in Asia. It is thus commonly referred to as the Asian session.

Many commercial centers in Asia and Russia are open during this trading session, which means that the forex volume traded during the Tokyo session is significantly larger than that during Sydney’s.

Since the JPY is the most traded currency during the Tokyo session, its strength is influenced by the Tokyo Stock Exchange's performance. 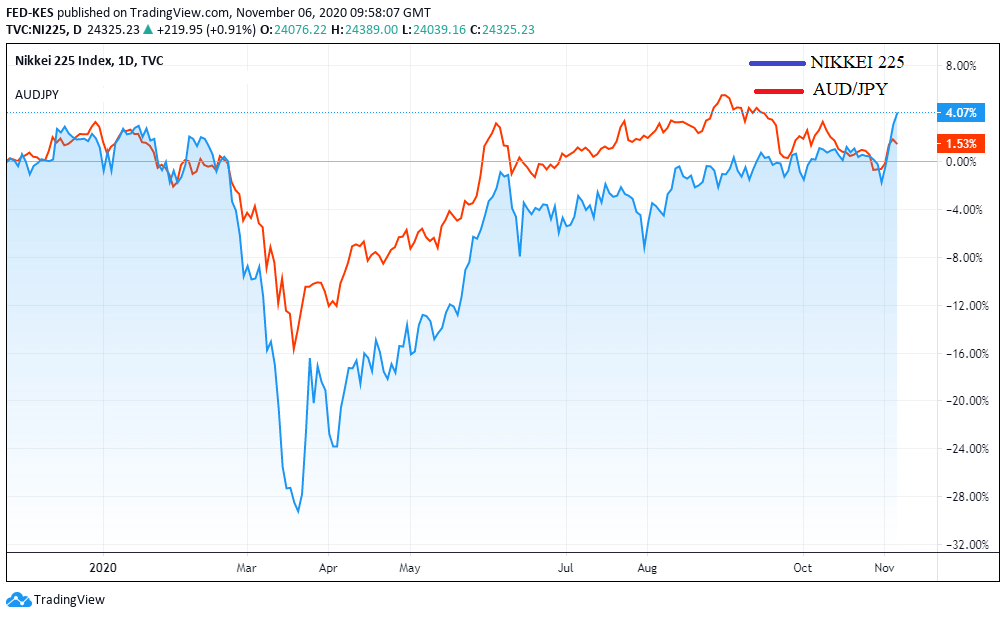 The European session begin when major business hubs open in Europe. In Frankfurt, Germany, trading sessions start at 6.00 AM GMT, while London begins at 7.00 AM GMT. The Frankfurt forex trading hours end at 2.00 PM GMT while in London at 3.00 PM GMT.

Usually, when traders talk of the European hours, they are mostly referring to the London session.

Approximately 42% of the daily forex turnover is traded during the London session. That is why London is called the forex trading capital of the world.

In the European trading session, the GBP is the most traded currency. Thus, the performance of the London securities market heavily influences the strength of the GBP. 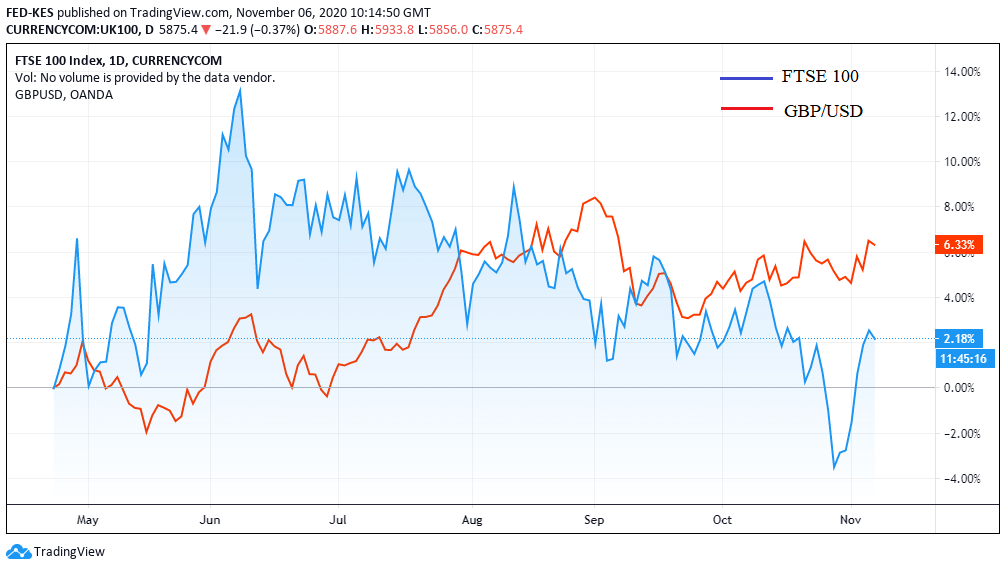 Currency pairs with the USD and the CAD are the most commonly traded in this session. The fluctuation of the S&P 500 usually influences the EUR/USD. 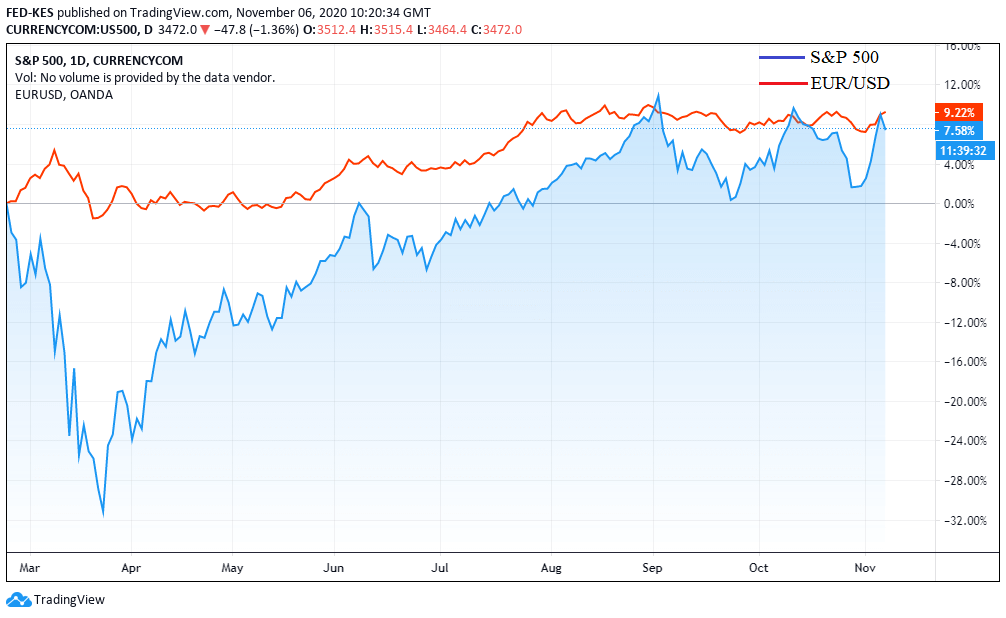 This overlap is between 11.00 PM GMT to 5.00 AM GMT. It is the period between when the Tokyo market opens and when the Australian market closes. There is an increased trading activity with the AUD, NZD, and the JPY being the most traded currencies.

The London and the New York forex trading sessions are the largest in terms of volumes traded. Combined, about 70% of daily trading activity occurs during this overlap. The EUR/USD and GBP/USD are the most traded currency pairs.

Importance of Overlaps in Market Hours

Now that you know the various market hours, you are probably wondering, what is the importance of this?

We have seen that domestic currencies are the most traded during the active market hours in various countries. How does this impact volatility?

In the forex market, the majority of trading happens between large banks – retail forex traders contribute only a small percentage.

The trading volume increases during the overlaps because there is increased demand for Foreign Exchange when most international markets are active.

Conversely, when all the major banks in the interbank forex market are closed, the demand and supply in the forex market drop hence low liquidity.

Seven banks in the US, Europe, and the UK dominate the global interbank forex market. There is increased market cross-border forex trade. In this case, there is enough liquidity in the forex market. Therefore, large blocks of trade cannot result in price spikes or slippages.

During the Sydney and the Tokyo session, there is significantly lower liquidity in the market. Since there are fewer sellers and buyers in the market, abnormally large buy or sell orders can substantially impact the prices. Notably, recent flash crashes in the forex market have occurred during the Sydney session.

Trends are Created During Overlaps

In the forex market, the trend of a currency pair is formed during the trading sessions' overlap. For example, the AUD/JPY trend is established during the overlap of the Sydney and the Asian session.

Similarly, the EUR/USD and GBP/USD trends are formed during the European and the North American overlap.

During the regular business hours, importer, exporters, and companies conducting international trade are in demand for foreign exchange. For example, an importer in the US buying machinery from Germany would have to wait for the US banks to open to convert the USD into the EUR.

When the market hours overlap, the impact of geopolitical events, and the publication of the fundamental economic indicators is intensified.

How Spreads Are Affected by the Market Hours

During the busiest market hours, spreads are often tighter as there is a more demand between the buyers and sellers.

FX brokers and liquidity providers can match the increased demand with adequate supply so they have to provide competetive spreads to attract more traders and participants. Some brokers have been providing as low as 0.1 pips spreads for the EURUSD.

The spreads are wider on exotic pairs due to fewer market participants and less liquidity. Generally, when the market is quiter, spreads increase across all the pairs.

An interesting phenomenon occurs at the start of the Sydney session when the spreads get wider dramatically for up to an hour. This is commonly known as the rollover fee. Rollover is the interest that is either paid or earned by a trader to hold an overnight position.

The ATR is also Influenced by the Market Hours

The market volatility is one of the essential factors for day traders. Also, some traders aim to scalp the market during high-impact news that usually produces large price movements in a short period.

The below image shows the differences in the Average True Range (ATR) on GBPUSD M15 during different market hours. Interestingly, it also includes a period of NFP release, which clearly shows a sharp increase in market volatility.

For a retail forex trader, the knowledge of Forex market hours is vital. It is helpful when creating your trading schedule by avoiding that are susceptible to extreme volatility.

Furthermore, it can enable you to lower costs by trading during periods of increased liquidity when large banks, businesses, and stock markets are open. That ensures you get competitive spreads and stable volatility.

Forex Trading Vs. Stock Trading – Which One is Better?